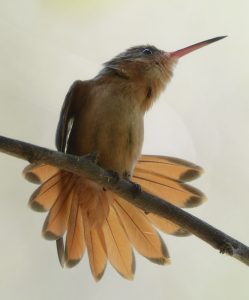 Thanks for posting. And Happy New Year while we are at it!

What are you exporting? Where are you in BD?

A screenshot would be great. Include the window that produces the error message and the message itself (moving it to the side of the export window). Else, then just more details on what you are exporting and where you are at in BD. There are many export features in many places in BD.

Let's start here and we can figure it out.

@jeff A screenshot is attached.

Thanks much David. Very interesting.

Ok - I am going to need a copy of your database (here on my development machine) to troubleshoot this.

I will be notified when it is uploaded.

It shouldn't take me long to figure out what is happening and get it corrected.

Sorry for the hassle.

Found the problem. This export code was written before UTF-8 char encoding and before eBird export/import which using UTF-8 encoding.

Some of your sightings have been imported from eBird (mobile or web) and the comments contain some UTF-8 chars. That is breaking the export.

I removed the offending chars from the comments of this one record, but another record has more UTF-8 chars in it. So, instead of looking for more records, I simply modified the code to allow for UTF-8.

This is fixed in Build 22. Out later this week. I will update this post when it is ready for install.

Take care, Happy New Year and thanks for finding and reporting this.

Please confirm that it now works when you get a moment.